Hello all! For this post I would like to go over the instructions of the game of bocce ball that you can use to gain a 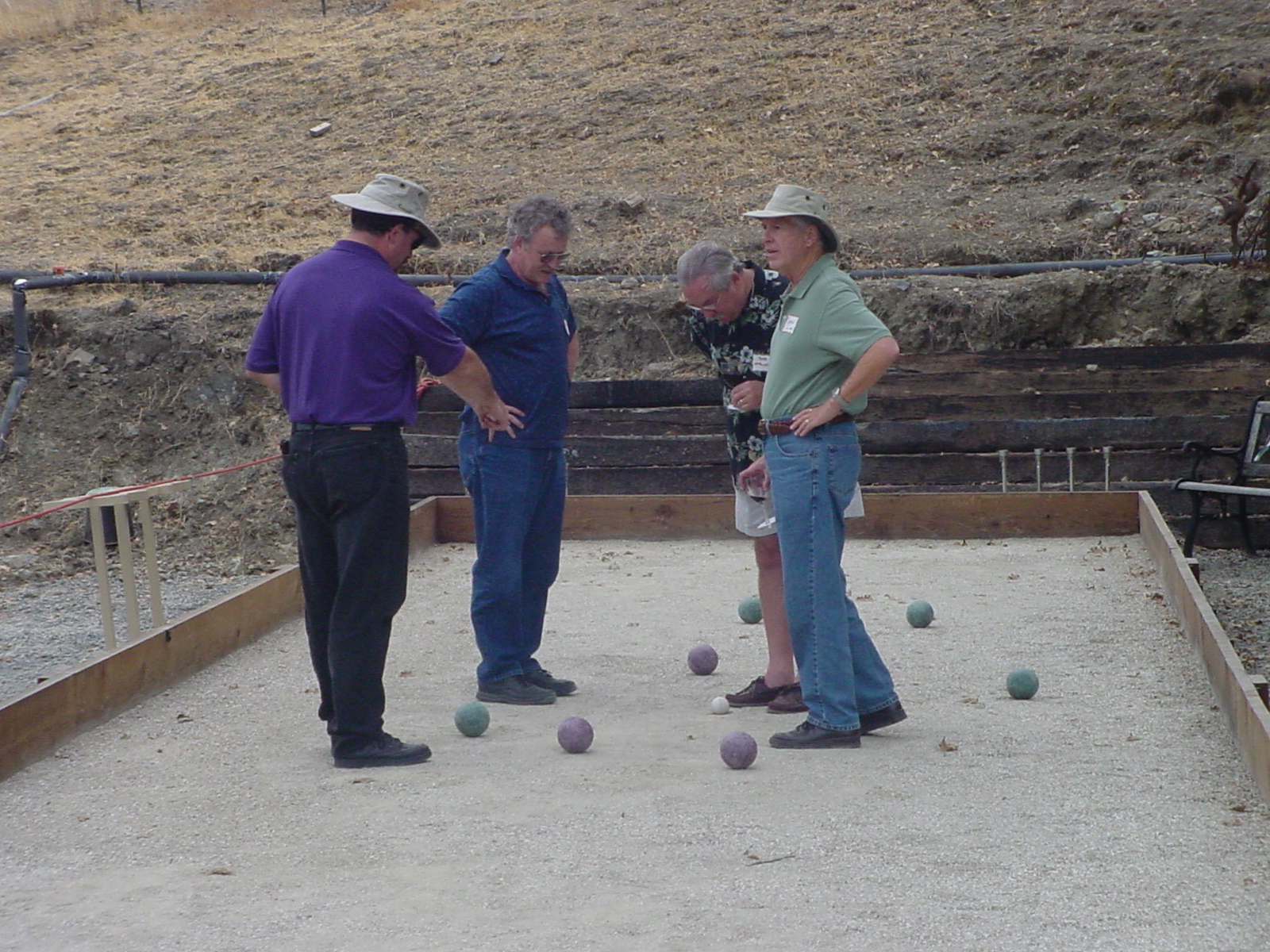 better understanding of how the game is played.

Bocce ball, also called boccie or bocci, is a relaxed but strategic game from ancient Egypt. Bocce started to hit its stride with Emperor Augustus and the Romans. It gained massive popularity with the arrival of Italian immigrants at the turn of the 20th century. Today, bocce is a relaxing and competitive way to spend a few hours enjoying the great outdoors in the pleasant company of friends and/or family.

Before I get into how to play the game, let me first briefly get into how the game came to be. According to Wikipedia, Bocce is a ball sport belonging to the Boules family. It is closely related to British bowls and French pétanque, with a common ancestry from ancient games played in the Roman Empire.

The game was developed into its present form in Italy (where it is called bocce, the plural of the Italian word boccia which means ‘bowl’ in the sport sense), it is played around Europe and also in overseas areas that have received Italian migrants, including Australia, North America, and South America (where it is known as bochas, or bolas criollas (‘Criollo balls’) in Venezuela, bocha in Brazil).

Step 1. Before starting the game, you must first gather your bocce ball set. A standard bocce set contains 8 colored balls: 4 balls each to a color, typically green and red, and one smaller ball called the pallino or jack.

Step 2. Choosing your teams. Bocce ball can be played by two single players being pitted against one another, or by two teams with two, three, or four players each. Teams of five or more are not recommended, as fewer balls than players means that not everyone will be able to get a chance to bowl.

Step 3. Set up your game area. This is known as the court. If you don’t have a bocce court, you can always play in a place where there’s plenty of space to move, although a defined court would highly be preferred. A regulation court is a maximum of 4m (13 feet) wide and a maximum 27.5m (90 feet) long, although any rectangular court measuring around 13’x90′ should work.

Step 1. You can flip a coin or randomly decide which team gets to throw out the pallino. It really doesn’t matter who gets to go first, as teams alternate throwing out the jack at the beginning of each new frame.

Step 2. Throw out the jack into a designated zone. The team who won the coin toss or who was randomly selected to start gets two opportunities to throw the pallino into a zone 5 m (~16 feet), which ends 2.5 m (~8 feet) from the end board of the court. If the team that fails to get the pallino into the prescribed zone on first throw, the second team then gets to throw out the pallino.

Step 4. The next team then bowls their bocce ball. The team which hasn’t yet bowled gets a chance to now. One player from their team bowls, trying to get the ball as close to the jack as possible.

Step 5. Next, decide which team gets to continue bowling all their remaining bocce balls. The team who has their bocce ball that’s farthest away from the jack would then get to bowl their remaining three bocce balls in succession, each time by trying to get as close to the jack as possible. Note: International rules always grants the next bowl to the team farthest from the jack as opposed to the rules outlined here.

Step 6. You must allow the team who hasn’t completed their throws to bowl out. At the end of the frame, all 8 bocce balls should be bundled up at various distances around the jack.

Step 1. Measure which team’s bocce is closest to the jack. After everyone is done tossing their bocce balls, the team that collects points is the team whose ball is closest to the pallino. This team will collect one or more points, depending on the position of their other balls, while the other team won’t score any.

Step 2. Score one point for each ball from the winning team that is closer than the closest ball of the other team. Depending on the rules you choose to use, bocce balls that are touching or kissing the jack at the end of play would count as two points rather than one point.

Step 3. Switch ends on the bocce court and play another frame. At the end of each frame, tally all the points. Start the next frame at the opposite end of the bocce court.

Step 4. Continue playing until a team gets 12 points. Alternately, play until a team reached either 15 or 21.

I hope that you gained some information in how to play the game of bocce ball. To maybe get a clearer understanding, I have included a video tutorial where you can get a visual to how the game of bocce ball is played below. If you enjoyed this post, please share on social media. And, as always, if you have any questions or comments, go ahead and send a shout out in the comments section below, and I’ll reciprocate in kind and as soon as I can. Thanks.