Hello all, I hope everyone is doing alright. What I am about to introduce to you today is a ping pong paddles set that 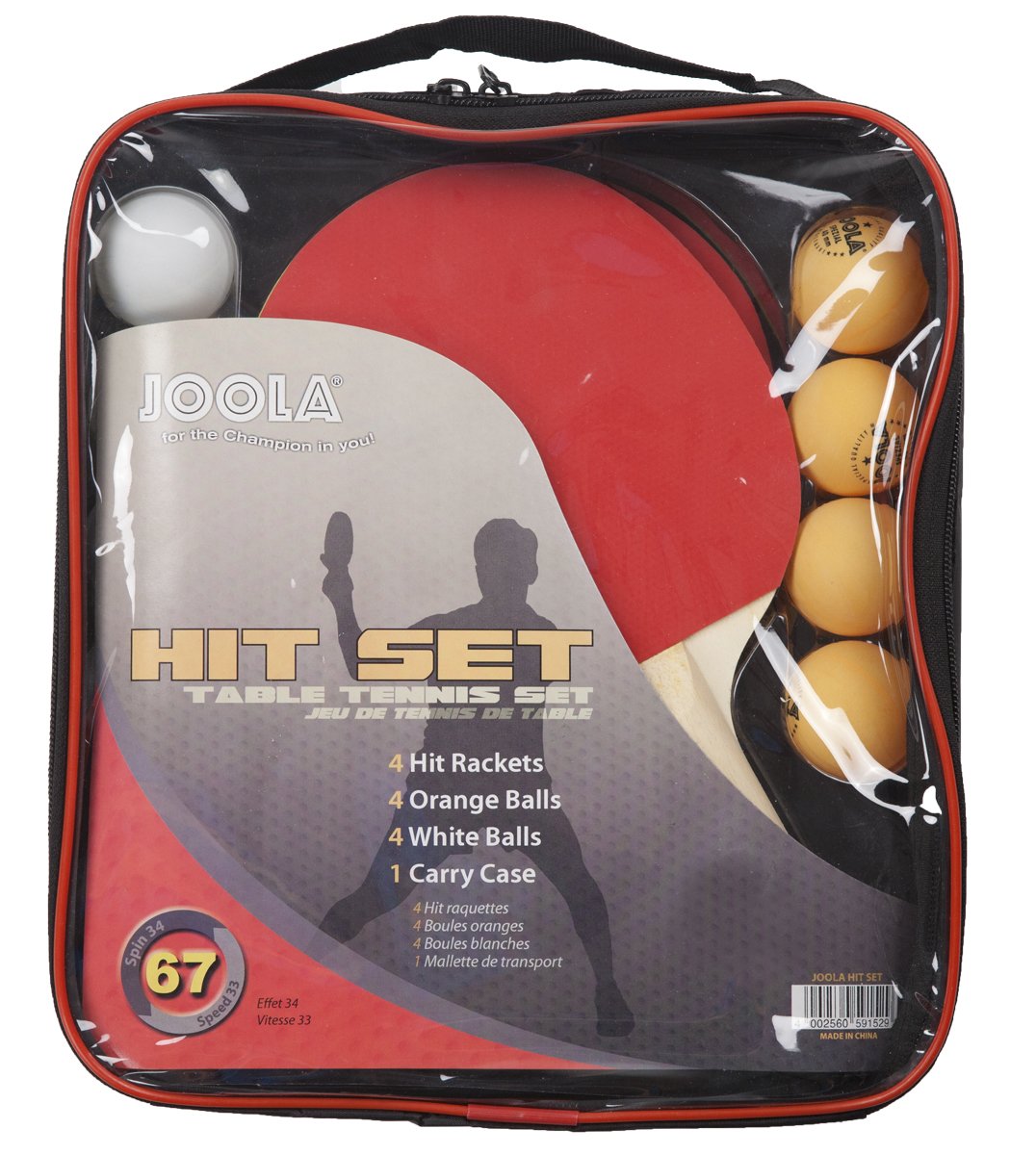 you can play the game of ping pong/table tennis with. It is called the Hit Recreational Table Tennis Set by Joola. This set can be played with the whole family or with you and 3 other people at the same time.

I feel this would be a perfect addition to the ping pong table that I reviewed in an earlier post which is also from Joola. The best thing about this paddles set and what makes it stand out from the rest is that this set is pretty much the same as the others that I found on Amazon except the price. There was another set that had a price of $71.00. This set has a price of $47.99. The ratings were pretty much the same. The only other difference between this and the others is that this set comes with white and orange balls. The others have white and yellow balls.

About this paddles set

Here is what this paddles set consists of: 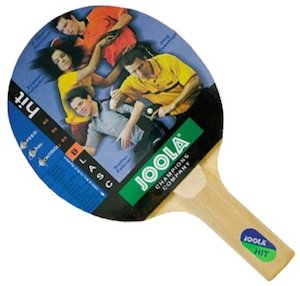 This paddle set comes with four hit rackets, which have been designed for maximum ball control, four white, and 4 orange 40 millimeter one star balls. The Hit rackets are a great choice for developing more improved shots with the smooth surface rubber and straight handle design of the racket. Play singles or doubles and use whatever color ball with spare ones just in case.

The Hit racket is designed for recreational players, and features basic, sturdy, smooth rubber over a responsive sponge. A straight handle and three-ply blade favor backhand-oriented players. This is Joola’s most beginner-friendly smooth-surface racket, boasting solid speed and surprising spin.

This product received a rating of 4.3 out of 5 stars which is what I consider favorable and worthy. One reviewer stated this product as being a “Great Starter Set!” He would also go on to say, “I bought this Joola paddle and ping pong set to go with my Joola table. This set is a great starter set. Comes with 4 paddles and 8 ping pong balls as advertised. Because their a starter set the paddles are very light, so don’t expect heavy quality material. I definitely recommend this set and for the price it’s perfect.”

Another reviewer stated, “Worst thing about it was getting the heavy box in the house! Once unpacked and assembled–loads of fun!”

I feel that the downside to this item is that the rubber padding that’s attached to the hit rackets might not be glued all the way. Joola will happily replace this and any complaints that you may have.

Founded in 1954, after the sports department of the department store “Jooss in Landau” was involved with production of the first table tennis table in 1952, Joola creates some of the highest-end table tennis equipment in the world. Offering an extensive line of tables, rackets, rubbers, and balls, Joola is the sponsored choice of many professional table tennis players. The company is consistently selected as the official supplier for competitive world events, and was the official table for the Olympic Games in Atlanta in 1996, Sydney in 2000, and Athens in 2004.

Domestically, Joola supports many of the largest competitions in the United States through a relationship with North American Table Tennis. The Joola North American Tour, which features competitions across the US, has been taking place since 2000, and Joola also supports the Joola North American Teams Championships — the single largest tournament in the world. Held annually in Baltimore, Maryland over Thanksgiving weekend, it attracts the best players from around the world, as well as any recreational players interested in seeing how they stack up against the game’s best.

I hope that I have enjoyed this review of this ping pong paddles set. If so, please share on social media. Also, if you have any questions, feedback, or comments please add them to the comments section, and I’ll reply in kind as soon as I can. I look forward to hearing what you have to say. Thanks.