Here is a set of billiards balls that I am certain that you can have hours of fun playing with. In this post, I am going to be 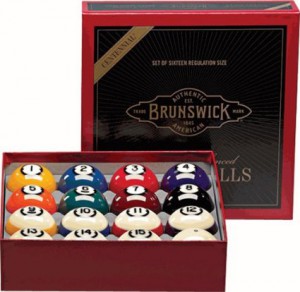 With a purchase of these set of pool balls, you can be sure that you are playing pool being made with top-of the-line quality of products that you can have hours upon hours of fun and enjoyment. These set of balls have a rating of 5/5 stars from Amazon.

About the Brunswick Centennial Billiard Balls 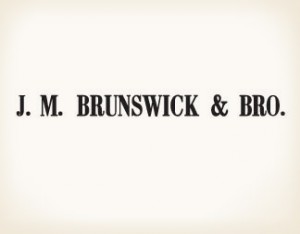 These set of billiards balls weigh at 6.6 lbs and is shipped by this very weight. In addition, these billiards balls are made and manufactured by Saluc which is a billiards production company based in Belgium. These balls have that authentic feel as they have the shiny finish. It also has the weight as compared to what you see in billiards halls and watching them on sports networks such as ESPN or any broadcasting networks showcasing sporting events.

What I like about these balls is that it has a long durability span. Meaning to say, the balls would last a very long time without much compromise or performance issues. You can drop the balls on the ground (which I hope you don’t purposely do) as much as you want and have no problems with it. These set of balls by Brunswick are made to add years and to give you that long lasting playing satisfaction.

Did I mention that these balls are “Centennial”. I just wanted to point out that the look and quality of these balls were used around a hundred years ago, hence the name of this product, Brunswick Centennial Billiard Balls. It’s no wonder that these balls was called that in the first place as the look of these balls were indeed played in the early part of the 20th century. The look of this product has the same dimensions as it had a hundred years ago, and it goes to show that not much has changed since then other how it looks to other billiards balls not from other billiards companies.

The Brunswick company strives off of tradition.

To give more specifications about this item, here’s what to also expect about the Brunswick Centennial Billiard Balls:

The Brunswick company tries to set itself apart by being different from other billiards companies by trying to be the best that it can be. You shouldn’t be able to go wrong with the Centennial Billiard Balls. As far as looks being compared to what you see in billiards halls, all the balls look different (excluding the cue ball). There are no fully rounded white circles over the number. The stripe-numbered balls are the ones that look most different. Instead of the number being on the stripe, the numbers are being displayed on a white space on the ball. 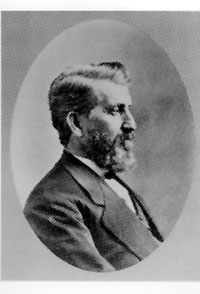 The Brunswick Corporation was founded by John Moses (J. M.) Brunswick who worked as an errand boy for a German butcher. In 1845 he founded the J. M. Brunswick Manufacturing Company from Cincinnati, Ohio where he originally intended to be in the business of making carriages.

But, after opening a machine shop, he became fascinated with billiards tables and found this to be a more lucrative business.The rest, then, became history. And, that’s how Brunswick became what it is today. At one point, the company had a slogan as being, “The oldest and most extensive billiard table manufacturers in the United States”.

I have another post where I talked about the Brunswick company where you can read about by clicking here.

Now that I’ve gone over the Brunswick product relating to a billiards product (in this case, the pool balls), how about you add a feedback about this product? What are your thoughts? Please add them in the comments section as I would like to hear what you have to say. Hopefully you’ll enjoy this product.

Previous Post: What Parts Are Made in a Cue Stick?
Next Post: Is the Game of Billiards a Sport?