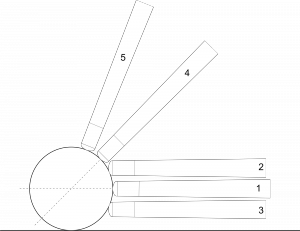 professional trick ball shooter hits the cue ball in a way that’s not seen by a lot of people, including myself. I’ve been fascinated by how these people make these shots. Although, it’s possible to do, but there’s a very slim chance that I’ll be able to accomplish this form of technique anytime soon.

Now, don’t get me wrong, it may take me years to become a professional trick ball shooter, let alone perfect one trick shot. I always find myself trying to mimic a player that I see on television make the cue ball curve or try to hit three other balls to go in separate pockets with one hit of the cue ball. The one trick I have always wanted to perfect was hitting a cue ball where it “skips” by bouncing over a ball and hitting another ball to go in a pocket.

To your billiards enjoyment.