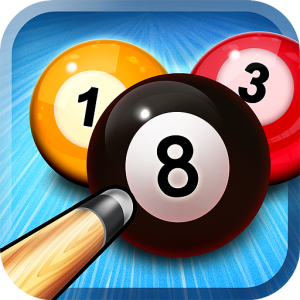 enjoy. I have played with this game on my Galaxy Note 4, and I would say that I enjoyed playing this kind of 8-ball against a “Guest”.

Though it’s not as fun as actually playing the real game where you’re holding the cue sticks and aiming for the balls to go inside a pocket. I still consider this a fun alternative way to play a one-on-one 8-ball game.

In my first game of downloading, I was shooting for the solids, and that “guest” was shooting for the the stripes. He potted all of his striped balls, and I had three solids to go before I can pot the 8-ball. I was certain that he was going to win, and something quite surprising happened.

As he was about to sink the 8-ball in a corner pocket, not only did he pot the 8-ball, but he also potted the cue ball in another pocket. Next thing I knew, I get a message, “Congratulations! You won!” At that moment, I was thinking, “Wow, this is such a cheap way to win, but a win is a win.” After that happened. I stopped playing and decided to play at a later time.

So, I am wondering if any of you have ever played 8 Ball Pool before. If so, what was your experience like? Please share them in the comments section of this post as I am curious to know. Hopefully we can get a friendly one-on-one competition.