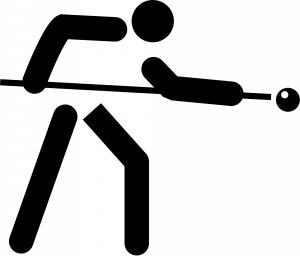 I know that we are responsible people, but there are some times that we aren’t careful for whatever reason. Some common courtesy are quite simple to follow such as cleaning up after oneself by putting the cue sticks back on a cue rack after finishing a game.

Here are some common pool room etiquette that MUST be followed at all times:

I feel that once this etiquette is followed your game of billiards would be more smooth and enjoyable to play. If you like to add any feedback or additions to the etiquette, please list them in the comments section as I would like to hear more about them. Thanks.